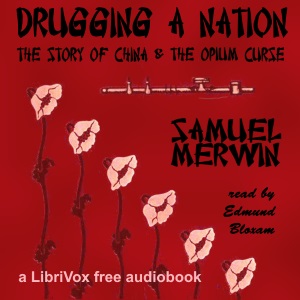 LibriVox recording of Drugging a Nation by Samuel Merwin.

Read in English by Edmund Bloxam

Drugging a Nation is a journalistic reveal of the extent to which the British Empire was culpable in the dissemination and subsequent near total addiction to opium of the Chinese people in the nineteenth century. So weak did it make China, that is was invaded multiple times, often by the British Empire itself looking to make its treaty ports stronger, but by other world powers too. In the end, this resulted in the complete collapse of the empire. The book describes in detail the extent to which opium had taken over the lives of the ordinary Chinese person and how it worked. (Summary by the author)

Uploaded by librivoxbooks on October 22, 2016